Using natural specimens digitised with a special -cameraless- technique, this work by Katherine Melançon wavers between documentation and fiction. Extremely captivating in all its detail!

Come and discover this piece during HYPER ORGANISMS until 19.09 at iMAL.
More information: https://bit.ly/3hunGdv

HYPER HIGHLIGHT #1
Mathieu Zurstrassen - Margaret (2020)
Mathieu puts into question the act of creation by assigning this specific role to an artificial intelligence previously developed by humans.

Come and discover this piece during HYPER ORGANISMS until 19.09 at iMAL.
More information: https://bit.ly/3hunGdv

Amazing to see you all your happy faces yesterday at the opening of HYPER ORGANISMS! We're looking forward to welcoming you all summer long until 19.09.

Have you already made your reservation for the Vernissage: Hyper Organisms that's happening this Thursday 24.06? Don't miss out and register now for free via: https://www.imal.org/en/events/vernissage-hyper-organisms

On Saturday 19.06 (18:00-19:00) our Artistic Director Ana Ascencio is moderating a performative lecture by DISNOVATION.ORG & Baruch Gottlieb at Werkleitz Festival. Certainly worth an hour your time if you visited the POST GROWTH exhibition at iMAL!

All information via the link:
https://moveto.werkleitz.de/en/post-growth-prototypes/

This summer we present HYPER ORGANISMS, an exhibition with works by 11 international artists. Drawing on concepts like Artificial intelligence, Big Data and algorithms, the exhibition explores the peculiarities, paradoxes and poetry of the relationships between man, machine and technology.

Thank you for visiting SUB by Kurt Hentschläger over the past months. We can't get enough of reading all your amazing reviews! 🖤

Hope to see you soon for the opening of HYPER ORGANISMS on the 24th of June. More information: https://www.imal.org/en/events/hyper-organisms

We're part of Art Brussels WEEK's OFF Programme with SUB by Kurt Hentschläger.

Come and discover Woven by Nature by #AnnemarieMaes at iMAL until 16.05. Entrance is free but registration is mandatory.

Photo by Silvia Cappellari
In collaboration with #ohme

"It feels like Kurt Hentschläger is making an image inside your brain and it's morphing and moving.."

Subbacultcha Belgium met up with music video director Michiel Venmans at iMAL to talk about his work and SUB by Kurt Hentschläger.

Another great review for SUB by Kurt Hentschläger. Come and discover this other dimension for yourself!

From 10.04 - 18.04 you can visit ‘Chaos & Cosmos BXL’, a showcase that brings together three prototypes of interactive installations from Brussels based artists.

It's a great line-up with Soyun Park in conversation with Douwe Dijkstra performances by Animistic Beliefs & Moesha 13 and an interview of Kurt Hentschläger by Joost Rekveld.

One year ago, we inaugurated our new space and the ‘Quantum: In Search of the Invisible exhibition’. It has been a special year to say the least but we’re optimistic about the future and our upcoming exhibitions and events!

'What does this have to do with everything else?' is an exhibition by SLATO & OTLAS putting their research in parallel.

The former uses the city of Bombay as it’s starting point, which, at the end of the 19th century, was the scene of a population control system set up by the British colonial power to stem the spread of a plague epidemic. OTLAS is interested in the clay soils consumed for pleasure by people from diaspora communities. 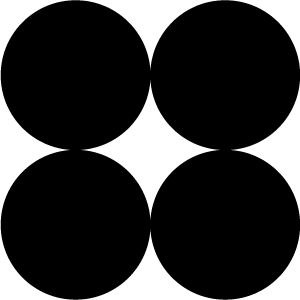 This is the Mastodon instance for iMAL, Brussels’ centre for new media and digital arts. Mastodon is an alternative to centralised social networks such as Twitter. Toots are in English, Français & Nederlands.